Skip to Content
By continuing to use the site, you agree to the use of cookies. Legal Notices

Webinar Will open in a new window Hong Kong HONG KONG
Go to official site
Event Fees
ULI Members: Complimentary
Non-members: USD30
Register Yourself Register Two or More
View Event Attendees
Time: 9:00am – 9:45am HKT (UTC+8); 11:00am – 11:45am AEST (Australia Eastern Standard Time); 9:00pm – 9:45pm EDT previous day
Stay connected and engaged through ULI Asia Pacific Digital Programme. Our new series of webinars will feature a wide range of topics, curated by members for members. We hope you will find the sessions relevant and valuable to your work and business. Simultaneous interpretation in Mandarin and Korean will be provided during the webinar. A recording can be obtained afterwards for anyone who registers.
With the new guidelines on social distancing and the paradigm shift in how humans interact in the physical spaces they inhabit, the real estate industry is actively re-evaluating the way cities are designed to further highlight the importance of placemaking, the economic and social factors, and active urban development. What are the changes that must be incorporated on a city-level to make them more healthy and resilient?

view map Will open in a new window 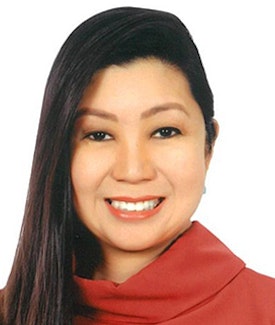 Cathy Saldaña was a UP Diliman student leader in the late turbulent ‘80s, elected in the University Student Council in 1987. She graduated from the UP Diliman College of Architecture in 1990 and in 2000 graduated with Honors from the Asian Institute of Management. Cathy is currently one of the prominent female Architects in the country. She is known for Hospitality Design, Retail Mixed Use, Corporate and Residential High Rises, Logistics, Industrial, Island Development and is one of the pioneers in sustainable resort design. She was also one of the pioneers in international architectural outsourcing in 2006. She has been doing challenging and technical work out there in the Philippine islands, along coastlines, in major cities and provinces. She did 2 airports for Ayala Land, alongside several Ayala Land hotels such as Seda Lio in El Nido, Palawan, local design renovations of Shangri-La Resorts, Filinvest, Punta Fuego Group, Discovery, Marriott Hotels, HII and several private island luxury hospitality places. She was recently awarded for Best Architecture Design for an Office Tower in the Asia-Philippine Property Awards for her Diamond Tower project for Damosa Land in Davao City. She has also received citations for other buildings and high rise projects. There are advocacies close to her heart: inclusive sustainable architecture and the preservation of natural environments amidst new building technologies. She is part of several women’s leadership groups such as Women in Real Estate, the Urban Land Institute WLI and is recognized for her contributions to the building industry as a female Architect. She was one of the first batch of writers for BluPrint in 1997-2004, and currently contributes articles to the Philippine Daily Inquirer for sustainable design and urban planning. Hers is a familiar and strong voice in conventions and conferences both locally and internationally, as she has been and continues to speak at Hospitality Investment Conferences, Is one of the four Directors of Anthology Architecture Festival, and is active with the Urban Land Institute. She is always a speaker or a featured Architect at Worldbex, and is the Program Director for the upcoming World Congress of EAROPH or East Asian Regional Organization for Planning and Human Settlements in 2021, and many others. Cathy is an International Associate of the American Institute of Architects; was formerly President of the UP College of Architecture Alumni Foundation and in 2019 was elevated as Fellow at the United Architects of the Philippines. She has recently delivered lectures and research papers both in Florence, Italy; Palermo, Italy and Newcastle, Australia. She is the owner and Managing Director | CEO of PDP Architects, based in Makati City and another design outsource company called Collaboration Authority. She is also a Director of a real estate firm building a dive resort in Batangas.
View in Member Directory Will open in a new window 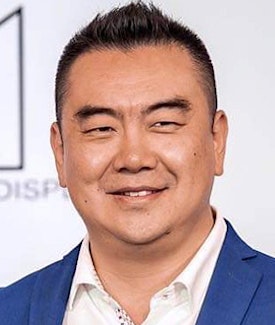 Sylvester Wong is a global leader in infrastructure and urban development and Vice President at AECOM. He brings over two decades advising, planning, and designing cities and economic engines across Asia, Middle East, and the Americas. As Asia head of AECOM Cities, he is focused on the intersection of urbanization, resilience, and technology. His mission through practice and thought leadership is to achieve holistic life-cycle economics through collaborative, multidisciplinary design, enabling an ever-diversifying range of public and private capital solutions. Mega-conurbations like Manila are where he sees the emergence of future-ready innovations to the urban challenges that affect demographically-booming economies of the world. Manila is his base for his team’s regional remit, following a 15 year residence in Hong Kong. He is on the Executive Committee of the Urban Land Institute Philippines. Sylvester began his career in San Francisco, and received his Master of City and Regional Planning degree from the University of California, Berkeley.
View in Member Directory Will open in a new window 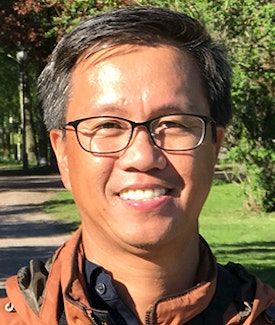 Fel has been a building services engineer before he put up his own company, ecoSolutions. He has had extensive experience in environmentally sustainable development initiatives for the energy sector, urban setting and various building types across Asia, Australia, Middle East and the United States. A true visionary with ideas ahead of his time, he has guided the company towards growth and employee development and continuously drives towards the pursuit of excellence. Felipe, lead his sustainability and design team and successfully certified more than 36 (LEED) projects in this region out of 126 listed in USGBC. His international project experience managing the team across a diverse range of projects in sectors including food and beverage, industrial, power and water infrastructure, education, commercial office fit out and retail. He has over 25 years’ experience including as project design head and practice director, working collaboratively with other disciplines to develop high-quality design that is also practical and efficient. Felipe has led the engineering services component on various international and mega-projects in Dubai, Australia over the last 10 years and more recently on projects in South-East Asia. He has been involved in master planning and community consultation, as well as concept and detailed design. His experience on specialist complex buildings extends to data centres, cold storage, water facilities, tertiary campus buildings, light rail and rail stations and maintenance facilities, and health clinics. Recently, Fel volunteered to be part of the design and construction of Emergency Quarantine Facilities (EQF) extending assistance to hospitals throughout the Philippines. As an entrepreneur, Fel manages Glazetech Aluminum (specializes in curtain walls) and Harte Mobel (furniture). Recently Fel ventured into Food produce and established “Cube Roots Urban Farm” where he grows organic produce by using the aquaponics method for sustainable farming.
View in Member Directory Will open in a new window 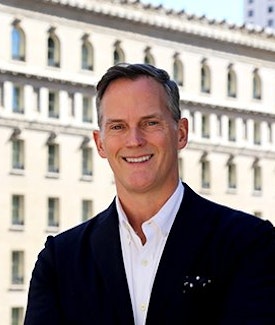 Stephen Engblom is an architect, urban designer, and Executive Vice President with AECOM. He has a global track record of working with public and private sector clients to develop healthy and successful places. As Global Director of AECOM Cities and San Francisco Bay Area Executive, Stephen and his team are dedicated to forward-thinking urban policy and development strategies that underpin world-class infrastructure that enhances the environment, equity, and economy of our cities. Throughout his career, he has worked on every continent except Antarctica. Prior to relocating to San Francisco, Stephen spent 5 years in the Hong Kong office, where he worked across China and SE Asia, and on projects in the Philippines, including Fort Bonifacio Global City and Cavite New City. Stephen is a San Francisco Planning and Urban Research Association (SPUR) Board member and is active in the Urban Land Institute and the American Institute of Architects, is on the Rice University School of Architecture Watkins Council, contributes thought leadership to industry journals, and lectures and teaches at universities and institutes worldwide. He received his master’s degree in architecture from Rice University.
View in Member Directory Will open in a new window

This course is designed to introduce participants to financial modeling and to provide participants with the skills necessary to create professional spreadsheets.

The 2020 Spring Meeting Webinar Series consists of 15 webinars held over the course of six weeks. Get fresh insights and engage with global leaders who are at the cutting-edge of the real estate industry. You may register for the entire series* or select individual webinars.